An Interview with Phoebe Brophy

At the beginning of the year I posted on social media that I was looking for a sponsored rider for the 2020 season. I posted a form and got over 100 entries, it took me hours upon hours to whittle it down! There was some amazing entries from people of varying competition levels.

When I was younger I entered numerous sponsored rider searches and was never selected, I wanted to select someone like me who would have been absolutely thrilled. I wanted someone with potential, who looked like they were on their way up in the equestrian world and mainly someone who loved their horses. I think I made an excellent choice with Phoebe, when I finally got to meet her for the first time I loved her winning mentality and passion for her horses.

After having to reschedule due to Covid, we finally got to meet in June for our first photoshoot and at the end I asked Phoebe a few questions. I hope you enjoy this interview learning a little more about Phoebe and her two horses Vince and Fletcher. 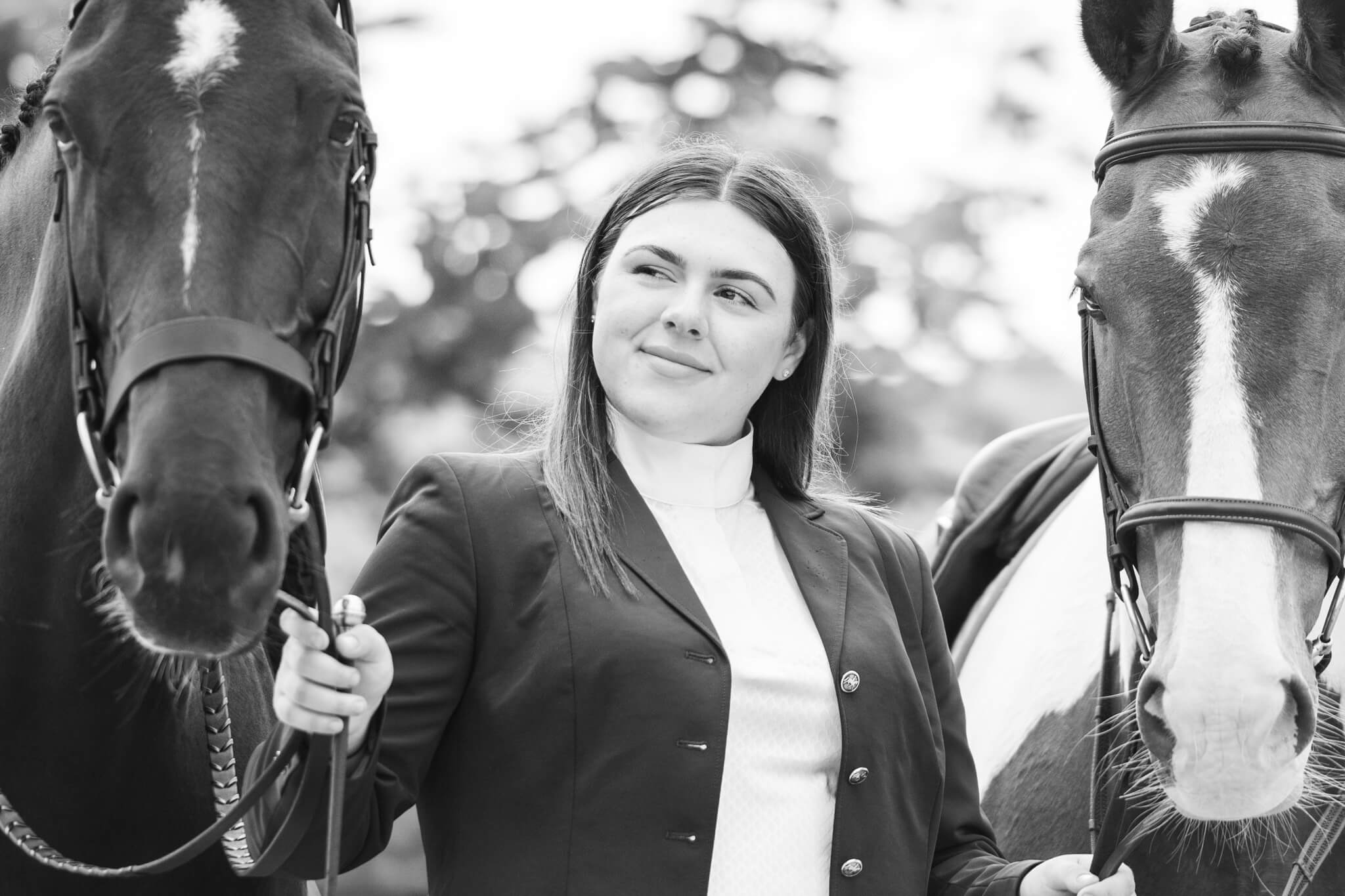 How long have you been riding?

Who was your first pony and what was he/she like?

“Primrose, a little dark bay Welsh A who was really naughty”

Phoebe’s grandad shouts ‘very naughty’ in the background and proceeds to tell me that Phoebe’s mum also rode Primrose when she was a child, which was the start of all things horsey. What an amazing story that both Phoebe and her mum to learnt to ride on the same pony!

How long have you had Vince and Fletcher? 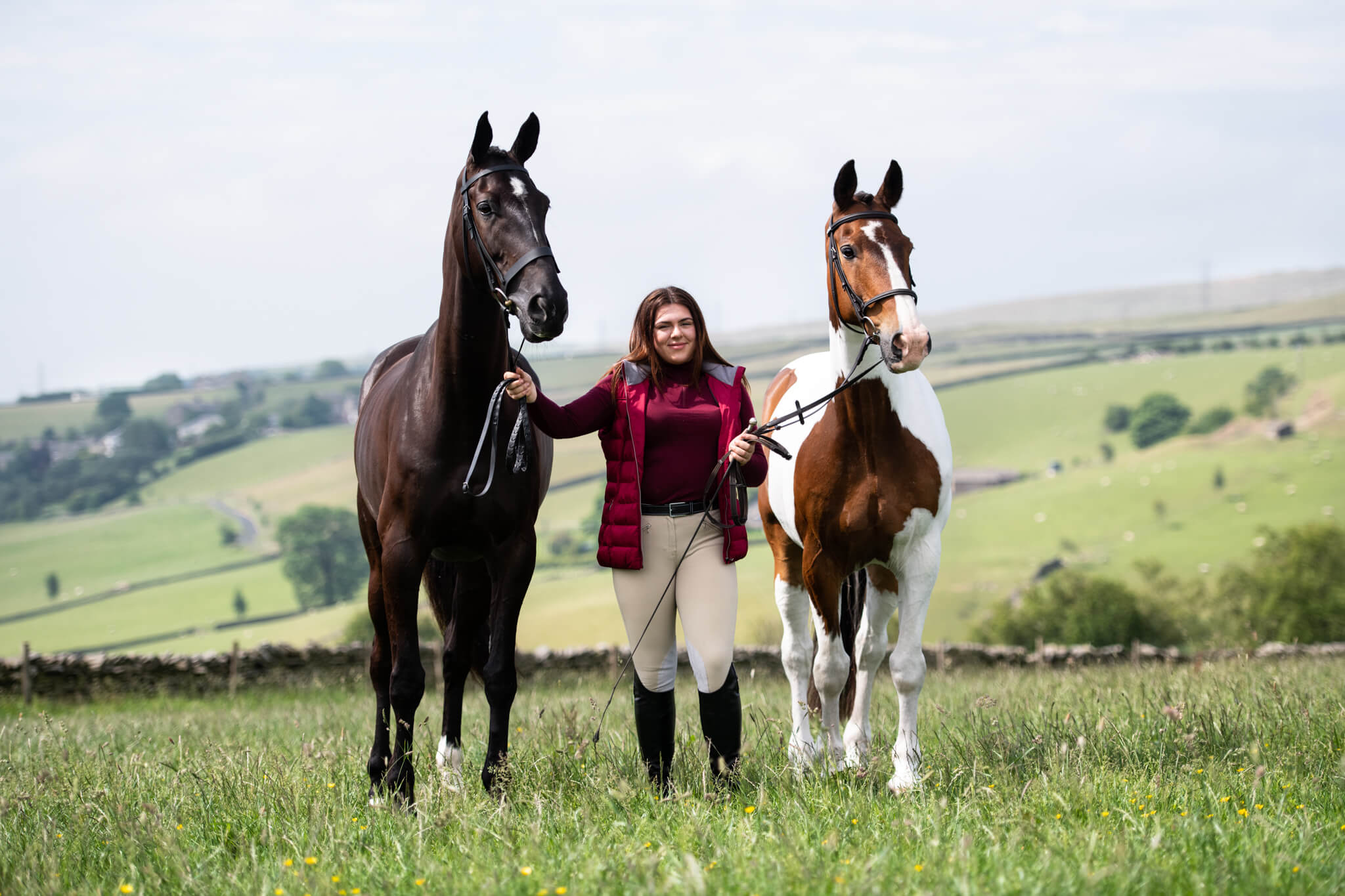 Tell me what you’ve competed with Fletcher?

“We’ve competed up to 90cm, we went to the British Riding Club national championships last year and got 6th individually. We also did the Pony Club Championship and went to the nationals in Lincolnshire show jumping.”

“We’ve done a bit of everything with him, we’ve had a go at the workers, dressage and show jumped.”

“He’s a cross country machine and he’s the one that gave me the eventing bug.” 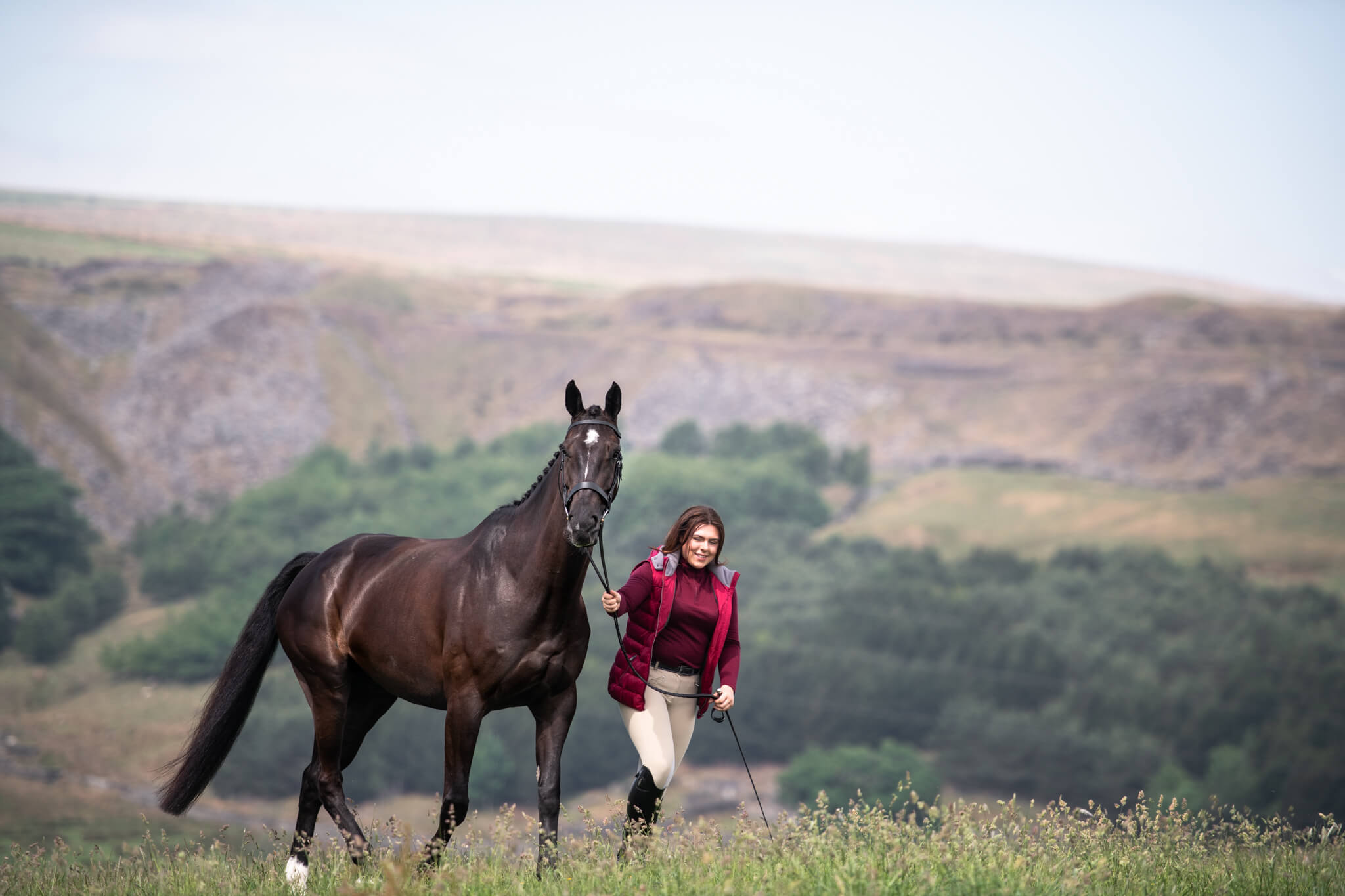 So are you hoping to bring Vince on to event?

“We did a lot of training last year with him while competing Fletcher. Next year we will do BE on Vince, we want to do the grassroots Badminton qualifiers”

“Vince has come from a 3 star rider, his dad is one of Mark Todds horses and his brother was in the Olympics in 2012 so he’s got good lines. He’s come a long way, he was a handful.”

“Coming 6th at the nationals last year, it was a really good weekend”

Who is your rider inspiration?

“ Erm probably Oliver Townend, I’ve met him three times and even rode XC with him when I was younger!”

“When I was 11 I was at Pony club doing the XC and he’s was there with his youngster coming through the water and I’m like ‘oh my god what’s this man doing I am trying to have my picture taken and he’s in the way.”

Phoebe’s grandad continues to tell me how he asked Oliver to hang on a second while they just had a picture and when Oliver asked if he wanted him to get in it, Phoebe’s grandad not realising who it was said “oh no you’re alright”. Then once they realised they did then get pictures together!

This is where Phoebe’s winning mentality comes in – “You either win or you’ve lost, there’s red rosettes and then there is irrelevant. It’s more rivalry that drives me and I have competitions with people in my head. I only compare with people my level.” 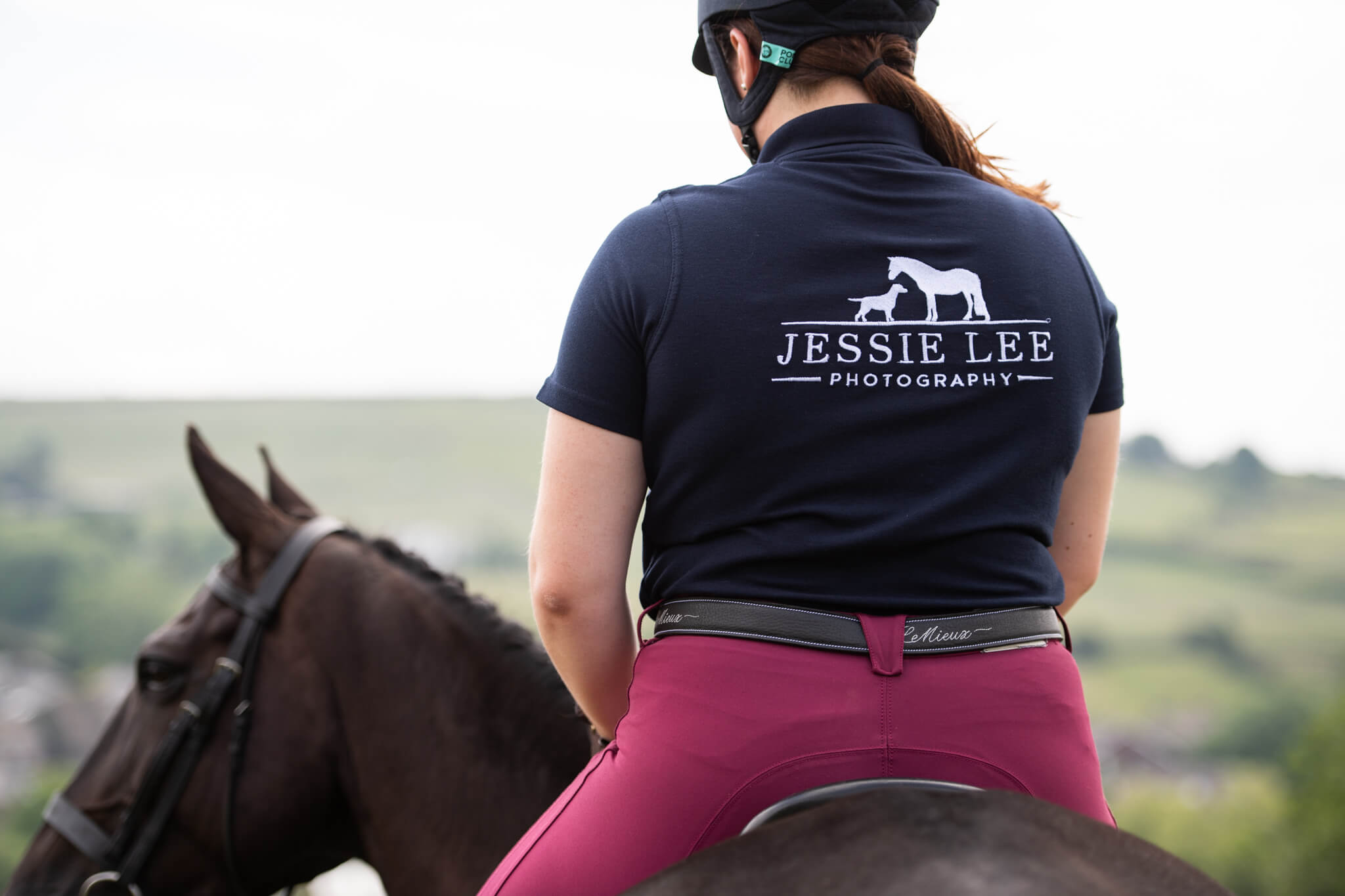 Have you ever tried Showing?

“I started showing with Marcus who was my first proper horse. We did workers and the flat”

Phoebe’s grandad here lets me know that she got bored of it very quickly!!

“I did the showing to get me into the workers, then once I did the workers, I wanted to do the eventing. We did get reserve champion at NW champs in the riding club horse class, I was only 12 in a class full of adults.” 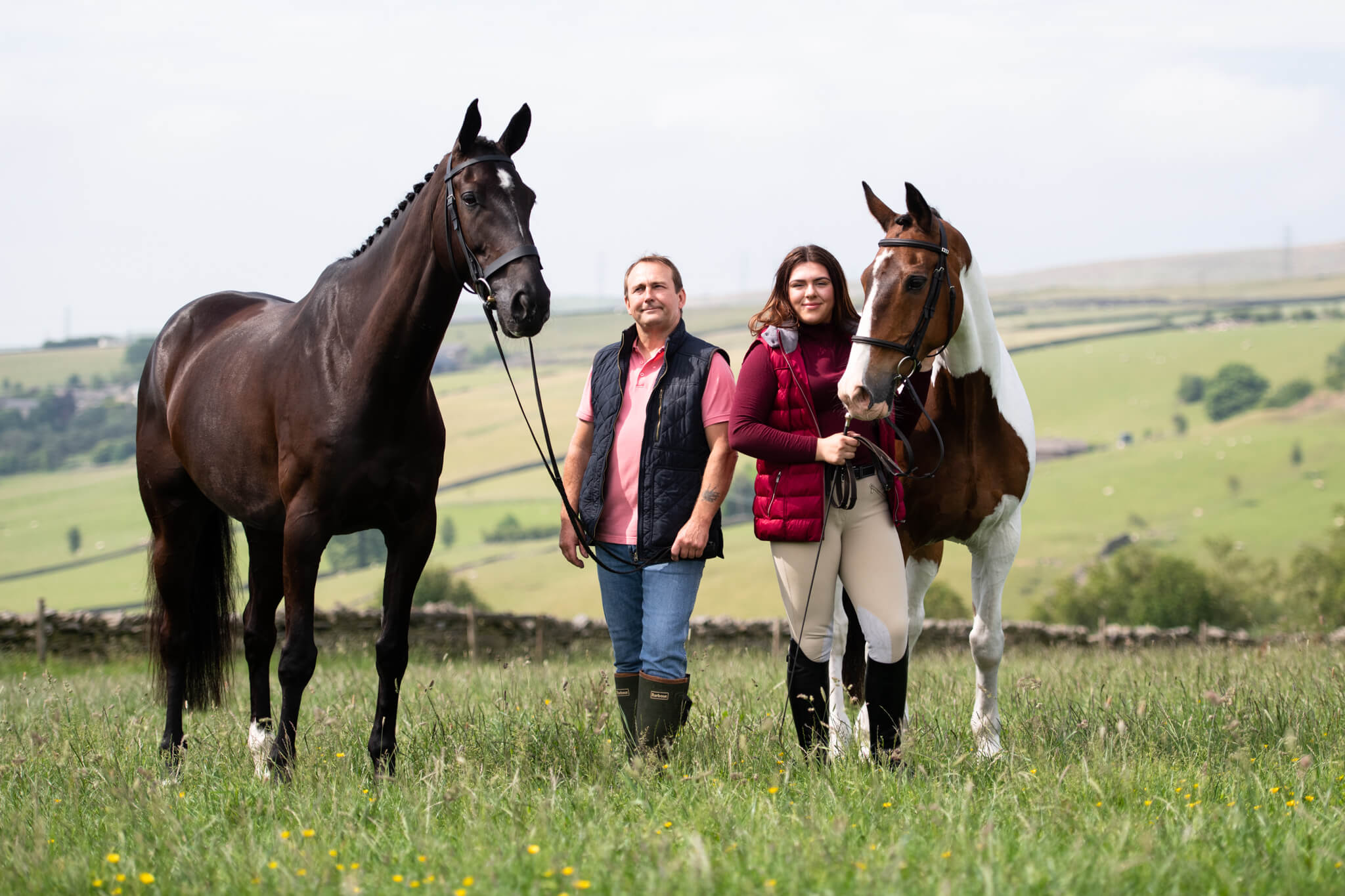 Have you ever done a puissance?

“Only at the yard at the annual yard show. Grandad won it last year at 1m30.”

Did I mention that Phoebe’s grandad also rides, how cool would it be for your grandad to win the yard puissance!!

Do you ever get nervous?

“Grandads done a good job stopping me from getting nervous. With Fletcher being nervous would be the worst thing. I don’t really get nervous but I do get disappointed in myself if things go wrong, I want to be the best at everything. Its a good but a bad trait at same time. “ 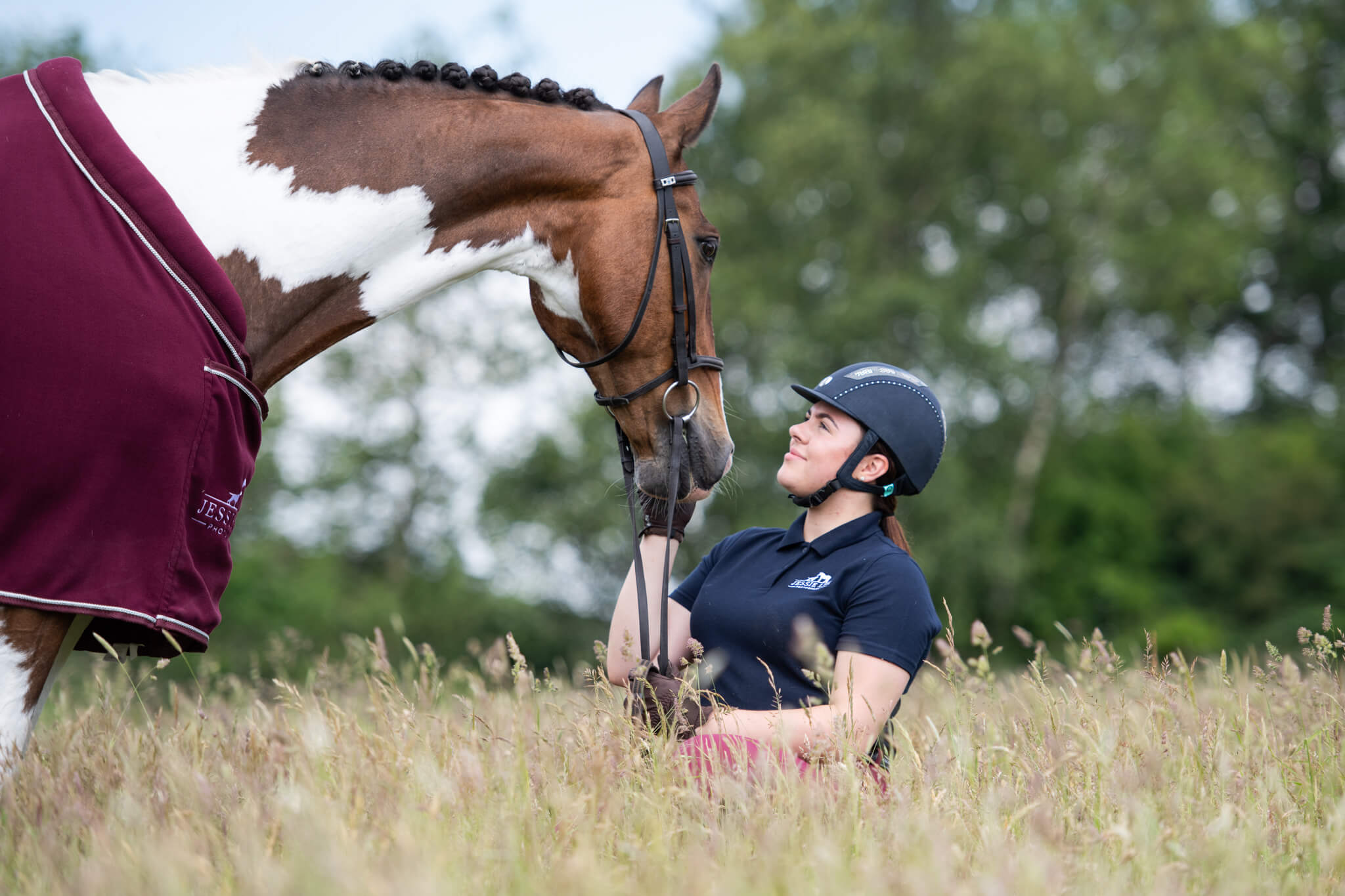 Have you been riding during lockdown?

“Yes loads! We hired an arena the other day with Vince, there was a puissance wall he jumped and we ended up jumping round the 1m course. He’s fearless when it comes to cross country, with fillers and everything.

“At first with cross country, I think he was scared and grandad kept saying you need to trust him because he needs to trust you and now we have this partnership we’re onto a winner. He doesn’t bat an eyelid at anything now and he’s incredibly bold. The feistiness in him, I think thats where the boldness and braveness comes from. “ 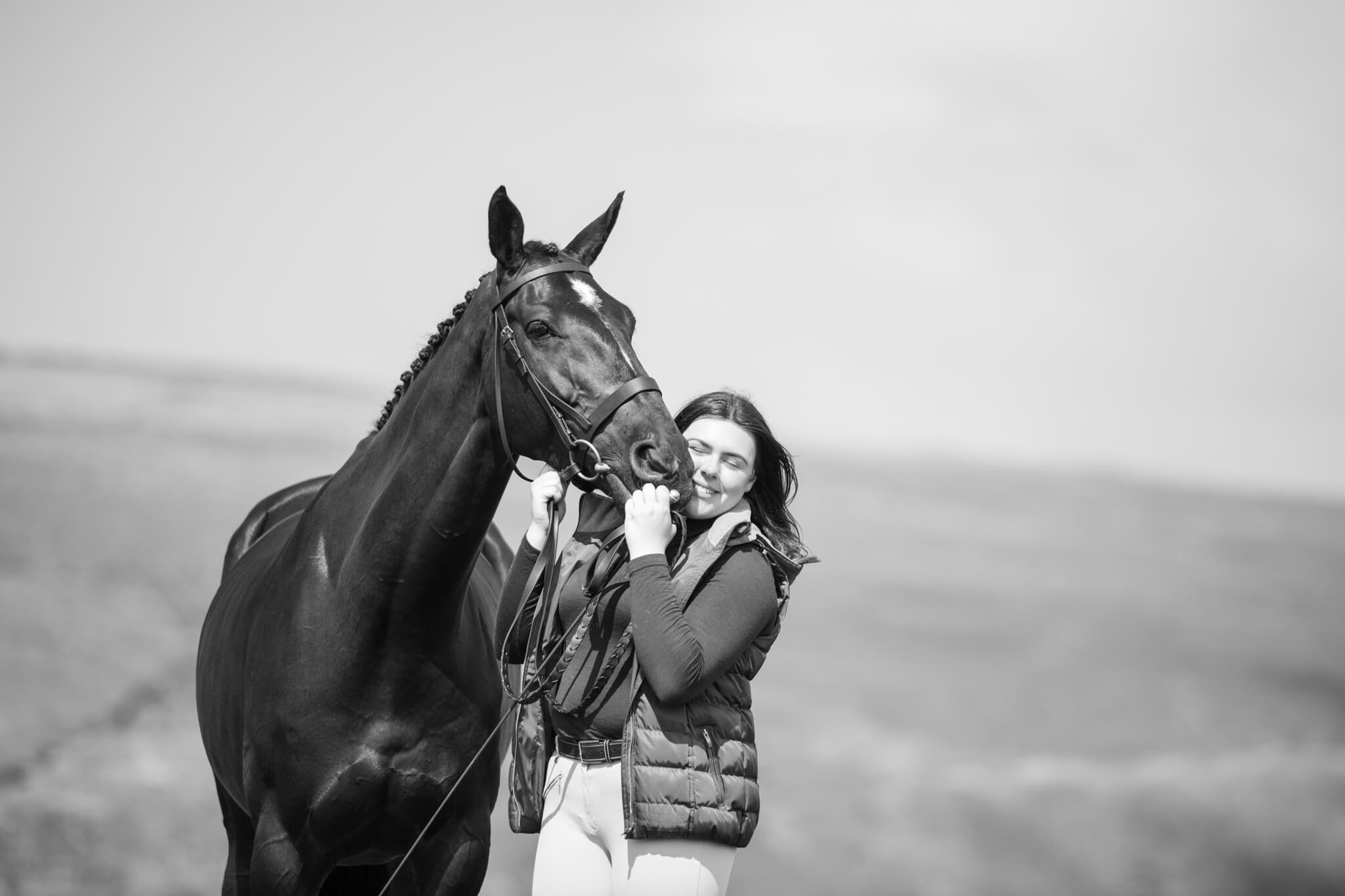 I hope you enjoyed this blog! You can find Phoebe on Instagram phoebebrophyeventing

Make sure to give her a follow and keep an eye out for her on my feed with future photoshoots and on the eventing circuit next year! 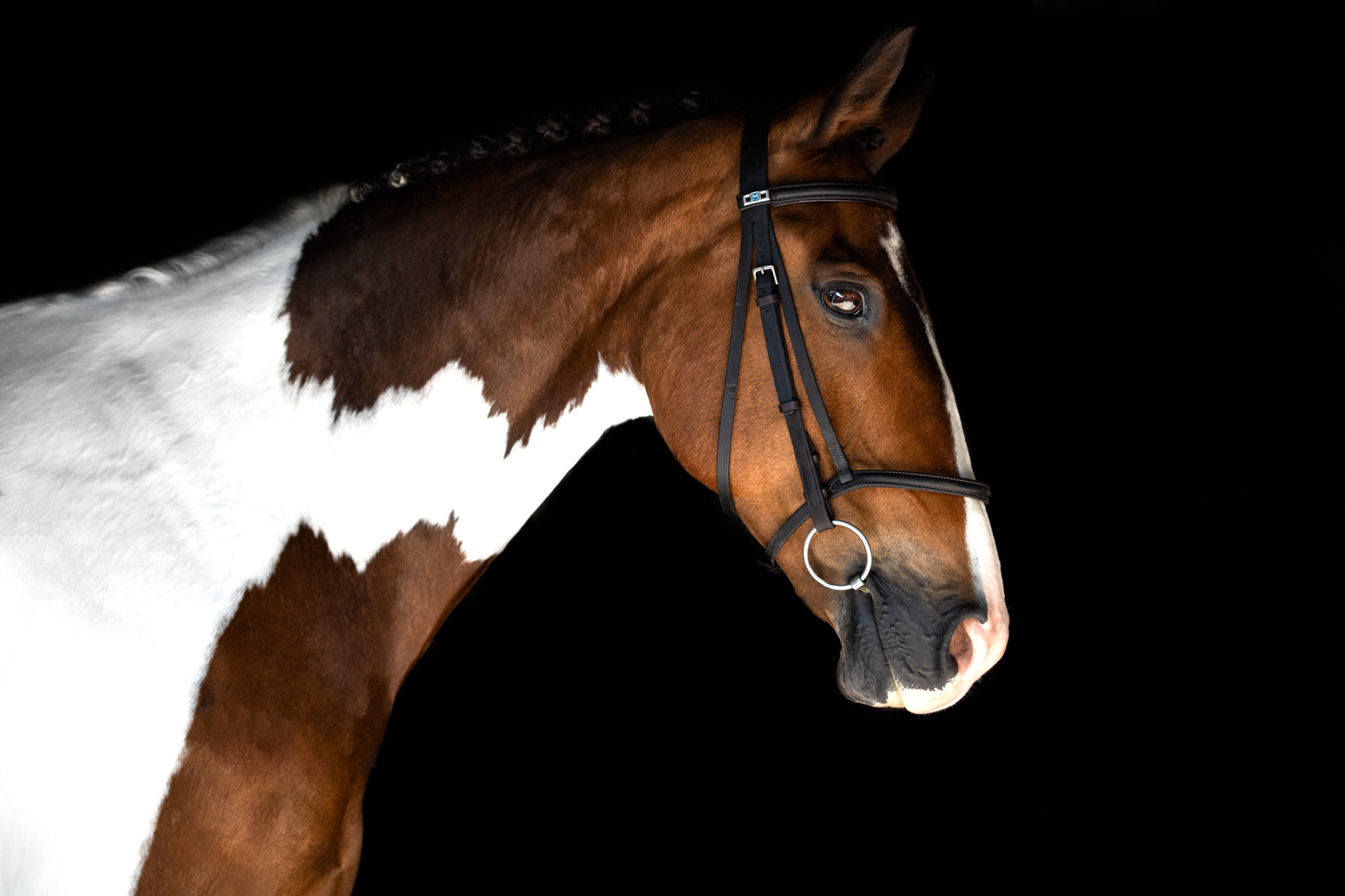 If you want to be the first to hear about exclusive offers, model call opportunities, new blog posts and exciting announcements then subscribe to my newsletter. 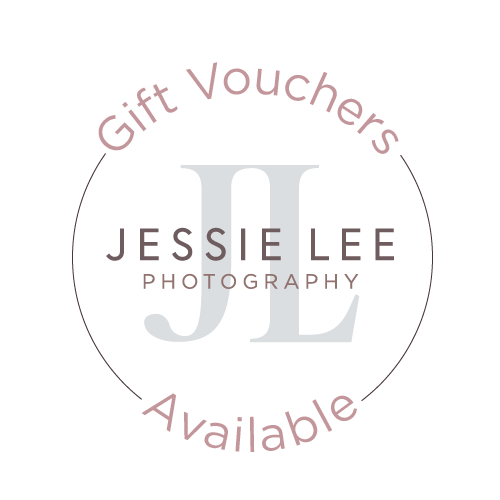 Why not surprise your loved ones to the gift of a photoshoot that they can cherish for a lifetime. Or perhaps you know someone who has previously had a photoshoot with myself and gift them a voucher to spend on beautiful wall art for their home. Once purchased your voucher will be posted out to you, unless you need it sooner and the gift voucher can be emailed to you.

Other amounts are available upon request.

You have Successfully Subscribed!